How we test for past climate 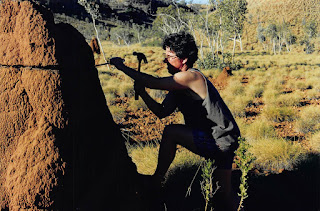 Marine isotope stages (MIS) are alternating warm and cool periods of climate in the Earth’s history. The stages are determined using oxygen isotope data from microscopic animals that live in the ocean at different depths. These animals, foraminifera, make calcium carbonate (CaCO3) shells from oxygen in H20 in the ocean. Scientists have learned that the oxygen isotopes in these small animals reveal the temperature of ocean thousands of years ago. Sediment cores from all over the ocean’s basins are analyzed for their oxygen isotopes by picking out the microscopic animals under a microscope and analyzing them on an isotope ratio mass spectrometer. Based on the oxygen isotope data that is measured, temperature records or curves are generated using these deep-sea core samples.
Earth’s surface was frozen or at least much colder than today. Warmer periods have lighter isotope levels (more 16O) and are known as interglacial periods, when the Earth was warmer, such as today. Each stage is numbered with a corresponding name. Even numbered stages are glacial and odd numbered stages are interglacial. These records provide researchers with a basis for understanding past climates and climate changes. Over the last 2.5 million years MIS data presents about 50 climate cycles! This data matches up with terrestrial evidence that shows corresponding cycles. Imagine how animals and plants have responded to this frequency of climate change.
This project uses samples ranging back to interglacial stage 7 which began about 200,000 years ago. One of the main project focuses is the extinction of the Genyornis that occurred between stages 3 and 4. After using amino acid racemization to date each eggshell sample, researchers matched each sample to a marine isotope stage. This provides important information concerning the climate in which each sample lived. Further, researchers can look for possible relationships between climatic fluctuations and extinctions events.
at August 03, 2019