Nittany Lion football games at Beaver Stadium have helped recruit good students to Penn State and I was no exception. In my senior year of high school in New Jersey, I made the trip to State College for game day and the big parade down College Ave. after the win. The atmosphere bristled with excitement and fun. I wasn’t thinking about academics at the time, but I was becoming very excited about becoming a Penn State freshman. I enrolled as a Biology major, a desirable choice for me because of the abundance of open electives. In my science classes, there were about 20-30% women in biology, fewer in chemistry, geology, and physics classes.

In 1970, many universities had quotas that limited the number of women who would be admitted. Most of the “top” universities were just beginning to accept female undergrads. At Penn State, the ratio of men to women was 3:1 based largely on dorm spaces. Luckily, I was accepted! Owing to the fact that I was from out of state, I was required to start classes in the summer. At that time, we recognized that gender-based quotas were unfair, but no one did anything about it.

When I became an undergraduate, I took a test to determine what I might be interested in and suited for in terms of a career. Recently, I re-discovered the results of that test I’d taken fifty years ago in 1970. Options for careers for women at that time--college educated women--included nun, secretary, and sewing machine operator, among other women-only type careers. My results indicated I was suitable for a career as a Chemist, Entertainer, or Naval Officer. One career was spot on, but the others also describe aspects of my personality. As a leader of a scientific laboratory for 40 years, I’ve often had to act as a  “military officer”, and as a college professor for the past 8 years I’ve also been an Entertainer on many occasions.

At Penn State, two experiences largely determined my career path as a biogeochemist--both of which were in the College of Earth and Mineral Sciences. The first was a 3-month Marine Science quarter at Wallops Island, Virginia, and the second was a special class in Geochemistry. Wallops Island Station, a former Navy base on the coast of southern Virginia, served then and now as an outpost for NASA satellite tracking and small rocket launches. In March 1972, forty Penn State students led by Professor Albert Guber from the Department of Geosciences moved into former Naval officer quarters on the outskirts of the base. I was one of only 6 women in the group. As students in the first class to start this program, we were pioneers. The school quarter was divided into three segments—Physical Oceanography, Marine Biology, and Geological Oceanography. It was heaven on earth for me!

Our studies consisted of evening lectures with long days spent in the field in the nearby environments of Chincoteague and Assateague Islands and the outer beaches. I discovered the wonders of pristine salt marshes with their luxuriant, bright green Spartina grasses, expansive oyster beds, and broad tidal flats beckoning me to investigate their mysteries first hand. I spent many days making temperature and salinity measurements, digging up clams that were later cooked for dinner, and immersing myself entirely in the fascinating environment. Years later this experience influenced my choice of research projects. I was now thoroughly hooked and prepared to do whatever was necessary to make marine science my career.

A year later in spring 1973, a class in Organic Geochemistry changed the course of my career yet again. I was taking my 4th quarter of required physical education classes and I’d signed up for bowling classes Monday, Wednesday, and Friday at 8 am. Bowling took place at the same time as the Geochemistry class that I learned about after classes started. I made an appointment to meet with professor Dr. Peter H. Given in his office. When I arrived, Dr. Given was dressed formally in coat and tie, albeit on the rumpled side. He sported a full white beard and a robust frame.  His was a typical professor’s office with spaces piled high with the requisite correspondence, journal articles, and unfinished business. I learned that he despised early morning classes and he readily came up with the idea of changing the time of the Geochemistry class to later in the day. He managed to change two of the three classes, but I still needed to tell my bowling instructor that I had to miss one class per week. I was a pretty decent bowler with an average of 150 points per game, having spent my Saturdays as a youth on a bowling team in South Jersey. Reluctantly, the bowling instructor granted me permission to miss a class.  My grade in the bowling dropped to a “B,” but this was little consequence compared with the life-changing geochemistry class I was able to take with Dr. Given. 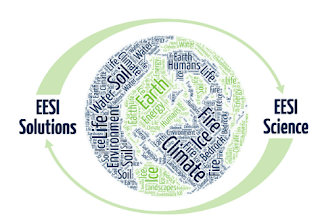 In Dr. Given’s class, we learned about petroleum and coal formation, how living organisms decayed and became part of the fossil record, and about the origin of life on Earth. The research on Earth’s earliest life excited my interest more than any other topic. I was immediately hooked! I wanted to use my fascination with biochemistry to find molecular fossils. Prof. Given’s class was a huge eye opener for me in so many ways. I was able to use my knowledge and love of chemistry to begin to understand biological, environmental, and ecological processes that shaped life on Earth. At the conclusion of my undergraduate years, I was convinced that I wanted to combine biology, chemistry, and geology in an interdisciplinary career. Professor Given helped tremendously by suggesting that I attend the University of Texas Marine Science Institute, where I earned my PhD in 1977.

Looking back now I recognize how important and consequential it was that I took classes in Penn State’s College of Earth and Mineral Sciences. This was the start of my life-long journey into interdisciplinary science.  Today, I’m thrilled with the opportunity to create an endowed fund that promotes the Biogeosciences in the Earth and Environmental Systems Institute (EESI) https://www.eesi.psu.edu/about/about-eesi-history/eesi-history-extended. I know the importance of providing opportunities for grad students and postdocs to experience thinking outside of a traditional scientific field and open their minds to a new way of critical thinking. EESI and I see the future of science in a similar way. We both recognize that pulling together faculty and students from many different disciplines is going to solve Earth’s largest problems. I hope you’ll join my enthusiasm and support the growth of this new fund, the first for EESI!