When is it time to quit?


Don’t worry. I’m not writing about the Ultimate Time to Quit, just thoughts about times when it makes the most sense to move on—or quit--particularly in the life of a scientist or academic. I’m at the point in my life, at the end of a long career, when I have to let my research efforts come to a close. Postdoc Kaycee Morra has moved on to work at Northwestern Univ. with Maggie Osburn and newly-minted Dr. Bobby Nakamoto will leave for Univ. of New Brunswick to work with Brian Hayden at the end of September. My lab will go on long-term standby, similar to its fate during the early days of the pandemic. I’m committed to a couple of grants, but that work will be done mostly by colleagues at Univ. of New Mexico and through UC Riverside’s isotope lab that I led for 5+ years.

It’s been a struggle to engage during COVID times, getting people back into the lab, while working and living remotely. What is most disappointing to me is that there will be no one hired to even remotely replace me, even though I have built up a laboratory with University funds that holds the keys to a prosperous research career for a stable isotope biogeochemist. Unlike some of the more forward thinking universities, like Penn State, UC Riverside still has a hiring moratorium that only responds to fulfilling faculty searches based primarily on teaching. At the earliest, a biogeochemist with isotope tendencies won’t be hired for another two years. But it’s time for me to end active research on a daily basis and move on to other things.

So what takes people to the point of quitting?

1. A sense that a bad situation will never be a good situation.

2. Feeling that enough is enough.

3. Hope that the grass will be greener somewhere else.

4. Realization that you’ve moved on and changed.

I quizzed the isotope geochemists group about when they felt like quitting. Julie Brown from New Zealand wrote about a time when she was very young and quit. She was a single mum with a 5-year old and couldn’t handle working, parenting, and going to grad school at the same time! She did quit the grad school program but went on to raise a beautiful, smart daughter and work her way up to Senior Instrument analyst in the isotope mass spectrometer lab at the National Institute of Water and Atmospheric Research. [**Her daughter Lexie Brown was featured in New Zealand’s 2nd season of Bachelorette! 2021 season] Julie’s no ordinary quitter. 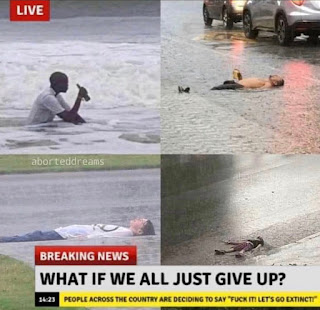 Then, I heard from a few at the postdoc stage who were looking into other options than a professorship at a college or university. The life of a postdoc used to be a magical time of freedom from classes and time to dig into new research. Educated at a premier UC campus, one postdoc had had enough of a stressful work-life balancing act. Although she’d published some high profile papers, loved her fieldwork and research, it wasn’t enough of a pull to weather through the competitive job searching phase. The leak in the STEM pipeline now is gushing with both women and men, who are looking for a better work-life balance. I think that the golden job of Professor has been tarnished, and more early career people are aware that even with a position, work will be difficult.

Although there has always been stress in finding that permanent position, with COVID, the job market has dried up for experimental and field based scientists. Settled now in the southwest, another recent PhD is taking a soft landing teaching at a Native American college as an instructor, while keeping his “toes in the water” on soft money part time. Former student of mine, Jon Nye, isn’t giving up yet, but he’s had to fill in his time with teaching community college and UC Riverside’s summer classes, along with science policy work. He keeps hoping he’ll find a good postdoc position where he can use his talents for analysis, writing, and fieldwork. Without a strong postdoc, landing a permanent professorship is nearly impossible.

Is the coveted professorship really such a great career track?

In the nearly 9 years since leaving the Carnegie’s Geophysical Lab at the end of 2012, I have learned how difficult the life of a university professor is and have seen first hand, now, the constant struggle many have to work in a continuously competitive environment where getting grants and publishing papers takes, not only intellectual competence, but also fortitude and the hide of a rhinoceros. Professors are required to do things they were never trained to do: teach, manage budgets, and supervise all sorts of people. They must keep records of every talk, seminar, conference, recommendation letter, and service activity for tenure and promotions. The demands don’t shut off at the end of the business day—most work either nights or early mornings, and some time on the weekends.

Burn out is common, especially among the newly tenured. Several colleagues at this stage have written to me asking how I kept my life-long fascination with science. They ask did I ever have a time when I thought of changing careers. Fortunately for me, we didn’t have anything like tenure at the Geophysical Lab. We had no contract, but sometimes got a yearly letter telling us we’d be employed for another year. I published 14 papers after 7 years (1979-1986) as a staff member, landed two NSF grants, and was funded by a private foundation. I guess I’d have squeaked by with tenure. In the following 10 years, including years as a mother of youngsters, I published another 44 papers with multiple grants, clearly showing I was a functioning scientist. I realized then, and now, that Carnegie didn’t place that type of pressure on their scientists. I had a ball. Twenty-five years ago, life was simpler. I continued with 73 papers in the next decade (1997-2007). Then I reached a point where I stopped to take stock.

I wanted to take greater charge, be a leader, help others start up and succeed. I wasn’t chosen for a position as Director of the Geophysical Lab that I coveted. I tried a stint at NSF—it wasn’t a fit for me. While publishing 109 papers in that next decade (2008-2017), I grew restless. Work was no longer fun. The atmosphere at the Lab was toxic and charged. I was ready both personally and professional to quit.

[I was never “replaced” at the Geophysical Lab either. Research Scientist Dionysis Foustoukos (website), who has not given up, has held the ol’ lab together…keeping the instruments alive and working. This month brought yet another challenge with a blown power supply that was the curse of my time there.]

I leaped to a professorship at UC Merced. There I really learned about work-life balance. Professors are only paid for 9 out of the 12 months they work. And, there is no sick leave or vacation time off. Your time is open ended, usually filled with meetings and reports and preparing lectures. One day rolls into the next. Deep breaths happen only at the end of a semester after grades are posted. Then the rat race starts again. At UC Merced as Chair, 40% of my time was handling problems—often ones that should have just been fixed. Ugh. I quit, this time spurred on by the diagnosis of a terminal illness in 2016.

Retirement from UC Riverside followed in 2020, but I kept up a half-time schedule working on papers, projects, and online teaching. My frolleague Doug Rumble retired about the same time as me. We keep in touch, and he had the joy of spending a week recently at UCLA with Ed Young’s big mass spec, Panorama. The sound of whirring vacuum pumps, the faint smell of chemicals, and the officious nature of an isotope lab is hard to get out of your system. But for the most part, the life of retired geoscientist Doug Rumble is filled with hiking in Arizona’s wild lands.

Isolation and working from home has taken its toll on many, but time marches on. So many ups and downs—opening and then closing. Working on a difficult analytical and writing project this year, a colleague who served as the postdoc advisor for one of our “project team members” quit the team and wanted to no longer be a coauthor on the manuscript we’d been working on for over a year. Maybe he felt overwhelmed by having school-aged children at home; maybe the uncertain, complex nature of the project interfered with a desire to regain control over life. I’ll probably never know the real reason, but I do know that quitting on the job of postdoctoral mentoring is something that shouldn’t be done without a darn good reason.

COVID not withstanding, it’s been a good year for me. I’m ready to take the next step down. It is a relief not to worry about teaching, getting things going again. I feel OK, but writing about the change helps me work through my feelings. Because I have had to give up so much owing to my illness, I don’t have ready activities to take the place of research. I will need to be more creative on figuring out what to do with my time. Ideas are welcomed.