Ain't nothing micro about microaggressions 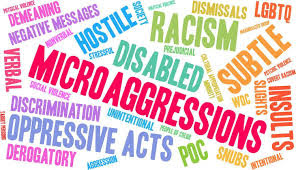 “This is not a mass spectrometer for a housewife,” he hissed. I stood numbly by, in the midst of my colleagues, the only woman in the room. I never forgot the microaggression said to me in 1984, nearly 40 years ago. The German engineer who uttered the words wasn’t thinking about what impact his words might have. Clearly, he harbored a bias against women in science—or even the ability of women to be anything but house fraus.

People have been exchanging microaggressions probably since language developed thousands of years ago, but it was not until 1970 when Black Harvard professor Chester Pierce coined the term to describe the snubs he received from his largely white colleagues. Ten years ago, Derald Wing Sue provided a working definition that people still refer to today:

“Microaggressions are the everyday verbal, nonverbal, and environmental slights, snubs, or insults, whether intentional or unintentional, that communicate hostile, derogatory, or negative messages to target persons based solely upon their marginalized group membership."

Because of heightened awareness about racism in America where white privilege has defined the way society works, the term microaggression is a topic discussed in many circles today. In my role as Equity Advisor for UC Riverside’s College of Natural and Agricultural Sciences, I have spent the past two weeks working on preparing a workshop on Microaggressions: what they are and how to avoid them. Turns out that some colleagues don’t recognize when they say things they probably wouldn’t if they’d paused before the spoke. From what I have learned, some people do this more than others.

Before delving further into microaggressions, we need to think about our identities, both personal ones and ones given to us by society. 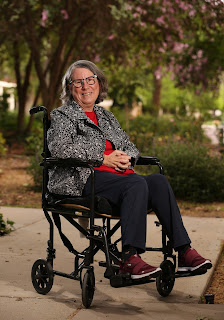 “A special right, advantage, or immunity available only to a particular person or group of people, is complex and constantly subject to change based on where you are, who you are with, and other circumstances. In other words, privilege is relative.”

For each of your identities, traits that describe us can vary depending on who is assigning the traits—you or someone outside your identity.  For example, traits associated with being an isotope geochemist can be positive or negative. On the positive side: smart, detail oriented, complex thinker. On the other hand, this identity could be thought of as elitist, nerdy, and irrelevant to societal problems.

When people feel they are better than others, particularly with respect to societal identities, that’s when derogatory comments and discriminatory actions can happen. Some times these are actually macroaggressions—overtly racist. More often comments are more subtle: people say things that are rude, insensitive, and/or demean a person’s heritage or identity. Often, these subtle snubs land outside the level of awareness of the person who said them yet clearly convey a hidden insulting message to the recipient.

These are examples of microaggressions in academia:

•       Assuming a person was not born in the U.S. based on appearance – “Where are you from? Where are you really from?”

•       Assuming a person speaks a language based on appearance – “Can you go talk to my visitor from Korea because I don’t think he understands me?”

•       Complimenting a person for speaking English “so well”

•       Assuming a young woman is not a professor or grad student

•       Assuming a person is heterosexual – “When did you marry your husband?”

•       A female scientist/staff is labeled as pushy, bossy, and difficult to get along with. Her male counterpart is described as forceful and someone who sets high standards.

•       Using incorrect pronouns to refer to an individual 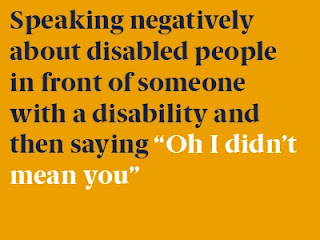 One microaggression that stuck with me for years came from a visiting scientist to the Carnegie. It was the week before the big American Geophysical Union conference. Many of us were trying to print posters on our balky, pain in the ass poster printer, often unsuccessfully. I finally figured out how to get the process to print a poster with the right margins, colors, photos, and text. I was explaining the steps to a bunch of others, when the visitor asked if he could send his poster graphic to me and get it printed for him. The request clearly showed that he assumed I was an administrative assistant, not a senior scientist. After all, he was “famous” in his discipline and unfamiliar of mine.

I looked at him quizzically. Others were silent and looked downward.

Finally I said, “I’m not a secretary.”

“Oh, sorry,” he said a bit sheepishly. I walked away, and he was told who I was—the Isotope Queen (just kidding) and that I was a senior scientist for almost 30 years.

Doubtless, we all have been the subject of microaggressions, particularly those with less privileged status. What should you do if you are the target of a microaggression? Should you ignore it? Stew on it and react later? Was this an intentional slight? If you confront it directly, you run the risk of picking the wrong battle, possibly overthinking the slight. I think more importantly, you might change the person’s behavior and restore your self-esteem.

It’s not easy to confront someone immediately because as we’re insulted we often lose our words, our feelings are hurt, and we’re angry.

I wish I’d had a rejoinder to the mass spectrometer engineer who made the derogatory comment years ago. It would have been helpful to me if my colleagues had stepped in and told off the rude engineer. The senior supervisors of the company who stood by and heard their employer’s comments should have put their foot down and called him out as inappropriate. Instead, there was an awkward silence.

As a bystander, consider stepping in and helping out.

Asking “What do you mean?” can be a start.

Even an “Ouch!” could help notify the person who made the comment that they’d said something hurtful.

Eventually, we all make mistakes and say something that can be considered a microaggression. Recently, in a meeting of UC Riverside’s Equity Advisors I referred to professors who refused to step up and fulfill obligations to lead their departments as “lame.” I was immediately told that “lame” was not a word we use in this context. I knew better, sure, but I meant “pathetic” not unable to walk properly. Heck, I was the lame one—why did I use that term? I wasn’t thinking.

I was embarrassed by the call out. I didn’t say much, mumbled a sorry, and said that I meant pathetic. The call out did change my behavior. I will certainly never use the term again unless I mean someone, like me, who is unable to walk properly. Self reflect: Accept that you’ve made a mistake and possibly hurt someone.

People that pay attention to the people around them can readily be informed, or trained, on how to deal with microaggressions. The challenge comes in trying to teach those who block out realizing that they may be offensive. In my experience, it’s often older, white men with little sense of emotional intelligence who are most often the perpetrators—and the least likely to self reflect. Making people aware that they should be accountable for what they say is important. Having them understand that microaggressions hurt—physically and mentally, stifle productivity, and sap your energy.

Hold yourself and others accountable.

Stand against bias and discrimination.