“I didn’t decorate for St. Patrick’s Day—yet again,” she told me with a laugh. Both of us enjoyed the New Yorker’s Bad Mother Cards that highlighted many of the challenges that mothers face, and often ignore, to keep their sanity trying to be the Perfect Mom and the Perfect Working Woman at the same time. Janet Carrier Ady managed to excel at both home and work by dint of ingenuity, creativity, and plain hard work.

I met Janet in 1987 when she and her husband Piers Ady lived in Anchorage Alaska. They had a 6-month old daughter, Laurel, and I was four months pregnant. Chris had worked with both Janet and Piers at the San Francisco Bay National Wildlife Refuge, when they were all learning the ropes in environmental work. Chris continued into ecological studies; Janet turned to environmental education; and Piers opted for the insurance business. A couple years later (1990), Janet and Piers moved to Maryland getting their feet on the ground for a month sharing our home in Silver Spring.

This time, Janet was pregnant and I had a two-year old daughter Dana, who immediately loved having three-year old Laurel to hang out with. We all became lifelong friends. Four months later, their son Merrill was born a few hours after we’d been to their house having a mid-week pizza dinner. About a year later our son Evan was born, and we became a “matching” family. The Adys lived two blocks from Holy Cross Hospital where Evan was born, and they came en masse to see the newborn infant that day. I was strung out on morphine after a C-section and don’t remember much, but the memory of the four of them sitting at the foot of my bed is strong.

Birthday parties, holidays, and family visits were shared. Meanwhile, Janet and I continued to work on establishing ourselves in our careers. Janet rose up through the ranks of the United States Fish and Wildlife Service (USFWS) becoming one of the nation’s experts on environmental education, which was gaining importance in the USFWS as an aspect of public outreach. Janet was frequently out of town attending conferences in her field. Their home was often filled with visiting colleagues who had become friends (called Frolleagues). Our husbands held down the family forts when we traveled, both of them adept at making do and enjoying life.

Life moved forward for both families, then took a sharp Left Turn when Janet’s son Merrill was in kindergarten (1996). Both families used the same pediatricians’ office with its team of doctors, both experienced and new to medicine. Merrill had been experiencing headaches followed by repeated doctor visits. Finally a CAT scan was scheduled, and their life turned upside down. Like many parents in the midst of a family crisis, Janet cancelled work trips, spent nights at Merrill’s bedside in the hospital, and worked hard keeping everyone as normal as possible. A benign, but sizeable, brain tumor was removed starting the family on a roller coaster ride that would last for years. 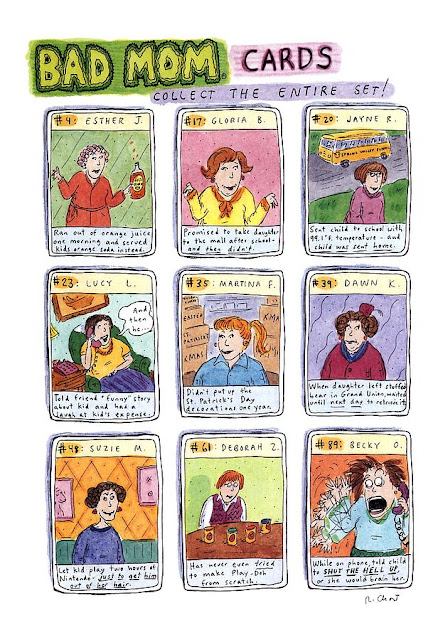 Janet was exhausted, but her upbeat, positive attitude kept her going. Already slender, she lost several pounds, forgetting—yet again—to decorate for St. Patrick’s Day. Merrill improved, started school again, and Janet had a gigantic sigh of relief. She’d kept her work up and continued to advance now becoming a leader of outreach training at the USFWS’s National Conservation Training Center (NCTC) in Shepardstown West Virginia. The Adys built a house on substantial acreage in rural Maryland nearby. We saw less of them, but maintained the connection through our shared challenges. Janet continued her climb through the ranks and was sought out around the United States for her vision and strategic planning in environmental education.


One year she admitted she hung up a few green decorations for St. Patrick’s Day, but by this time the family was too busy to notice her efforts. When we got together, Janet and I exchanged our professional bona fides, but turned then to domestic accomplishments—new recipes, knitting, sewing, and gardening. We joked about entertaining in the Olden Days of the 1950s, when women often remained at home, wore aprons and cooked for their families. She was excited that the NCTC was finally going to open for training. The staff she had hired was ready, courses were planned—it was going to be great.

Then she was forced to experience another sudden Left Turn.

How many of us women have sailed along in our careers thinking we’d done everything to secure our place in the work environment, only to have that notion shattered?

By this time, women weren’t rare in government, but women in managerial roles were still less common than men. A new, less experienced man took a position senior to Janet and decided he wanted one of his appointees in her job. Janet was gutted. There is a whole story here, which Janet might tell someday. As a friend, I listened, saw her distress, and watched as the super-competent woman I knew took a nosedive. She was shifted sidewise—that employment maneuver usually designed for people who are failing at their positions.

Like many of the women I write about—she persisted.

As an “advisor” now, with no one to really advise, Janet, still working for USFWS, entered a PhD program mostly online at Prescott College, taking advantage of her reduced responsibility load at NCTC. With time, she focused her energy on feeling better, being healthy, enjoying life and family. With a PhD in hand, she was scooped up by the Bureau of Land Management (BLM) and became a Division Chief in charge of all sorts of environmental training efforts that BLM conducts. It was her encore career, similar in many ways to mine at the University of California. She bought a condo in downtown DC and spent several years being a part of the vibrant life near shops, museums, and the baseball stadium.

She was highlighted during women’s history month in 2019 (Janet's award). Golden years passed until the Trump Administration cut BLM off at the knees and moved their offices to Santa Fe.


This time, she was ready. She retired. Her feet were made to walk in the gooey mud all hard chargers step into after whirlwind careers end. COVID struck, travel halted, and Janet made peace at her home in the countryside, gardening, knitting, zooming, and networking. When her mother passed away recently, Janet had the mental and physical robustness to be at her bedside and weather through the next steps of a generation’s passing.

Connecting this week in California, her hair’s reverted to its natural color—grey in front, party in the back. She’s meeting those friends and Frolleagues she cultivated over her lifetime and is again secure in who she is and what she’s worth. A life lived well and still going strong.