Advice to myself as a 30something year old 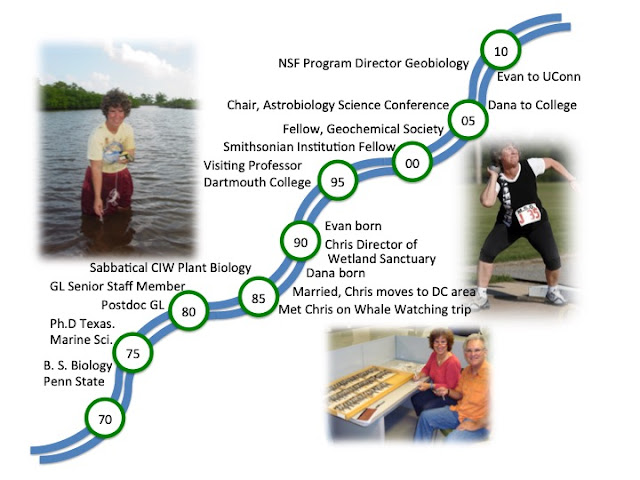 I spent my 31st birthday in London England alone in a small hotel run by an Indian family who sent up a plate of food for dinner to my small room. It was the tail end of a trip to my first international conference the “International Meeting on Organic Geochemistry” held in The Hague Netherlands in 1983. I’d purchased a cheap plane ticket from Washington DC on World Airways, a bargain basement airline that only lasted a few years. World Airways only flew to London, where I boarded a British Rail train for Harwich then took an overnight ferry to the Hook of Holland. From there it was a simple trip on a clean, on-time train into The Hague. Returning to London was another story.

British Rail trains notoriously run late. My ferry arrived on time to Harwich, but the train was delayed first by a couple of hours, then by half a day. I missed my flight back to the States. Today, this would be no problem. I have credit cards, a debit card, and carry cash. Then, when you traveled overseas, you had Traveler’s Cheques, which you purchased before your trip from your local bank. You used them to pay for hotels, meals, and anything else. I had just enough money to get home--only $100 —if nothing went awry on the voyage. After missing my flight, I had to rebook for the next day—which cost $60, leaving me with a mere $40 for a hotel, subway fare, and meals.  I wasn’t savvy enough for a credit card, and debit cards didn’t exist then.

Pay attention to your Finances and Money

In hindsight, what advice would I give my 30something year old self? Looking back almost 40 years ago, here’s what I’d advise: “Get a credit card!” When I finally arrived home with less than $5 in my wallet, I called American Express and got a credit card with a $200 limit. When you travel, be prepared for losing your documents, having them stolen, or missing your connections. Believe me, I learned.

Money is important and your salary is something you shouldn’t leave up to chance or the whim of a boss. Women don’t always ask—I never did. Ask for appropriate compensation. When Director Hat Yoder asked what I’d like to be paid as a starting staff scientist, I asked for “$20,000”.  I was paid $19,500 and never argued back. I should have. Without question, I’d advise my self to take more care of my financial profile. I don’t think I ever mastered the art of asking for a larger salary, but I advise anyone in her 30s to pay careful attention to this.

Get it in writing. At the time of negotiating my permanent position at the Geophysical Lab in 1979, Director Yoder mentioned I’d have three months of maternity leave. I didn’t give birth until 1988. When discussing maternity leave with then Director Charlie Prewitt, we couldn’t find anything in my personnel record about the three-month promise. Fortunately for me, I had enough sick leave banked to take off an appropriate time to take care of both my kids as infants. I should have been more careful.

You’ll get better—as a professional and a person

When I finished my PhD I was the world’s expert on carbon isotope fractionation by the enzyme Rubisco—big deal. I began cautiously to expand my scientific repertoire. I tiptoed into new fields while I should have jumped in with both feet. Enjoy growing intellectually! Read as widely as possible. Don’t stop with formal education; keep learning new things. While I did this continuously, I am sure I didn’t realize how important that would be over my career’s lifetime. One of the continuing joys of life is discovering something new—something no one knew before and that you’ve discovered.

Become an expert at whatever you are doing. I believe I held back on a deeper understanding of the technical aspects of stable isotope chemistry—shying away from the greater knowledge of my postdoc mentor Tom Hoering. He had a way of slightly intimidating me with words like “I could pull out one wire and you’d be down for months.” There’s no question in my mind that that was true. It might have been a male-female struggle; I don’t know. Eventually, I spent the time and dug in deeply to learn about my instruments. Today, I have a good sense on how to troubleshoot a problem with a mass spectrometer.

My early scientific writing wasn’t all that great. When I submitted written work, I struggled to accept the criticism. I fought over words in certain difficult sentences. Written reviews caused some tears—certainly feeling “not good enough.” I would advise my 30 something year old self to Get over it!  Thank your reviewers, accept their help, and keep working to improve. Writing is hard work.

At a very simple level and specifically for scientists, memorize your data. Yes, rote memory. Understand your work in its deepest sense. Take ownership of it. If someone asks you a question about your work, you should be the expert, not anyone else. My major professor Chase van Baalen would put me on the spot as a grad student. He’d ask about my results, the concentrations of reagents, and if I didn’t know, he would “volunteer” to work with me—something to be avoided. No one wants their professor looming over them.

You’re in this for the long haul; cultivate Emotional Stamina

In your 30s and late 20s, you think you’re all grown up—a finished person. I had little understanding of neither what life was going to throw at me nor how I would respond to it. Up to this point, I’d been dealing with grad school, a troubled marriage, a new senior staff position, and forging a path of scientific independence. I would advise myself to take into consideration that people are never “all grown up” and change throughout their lifetimes. Today, I hear many grad students proclaim that finishing up a dissertation is so hard, they can’t imagine anything worse. My advice to myself then would be to learn from my personal challenges now—I’ve needed the practice and experience for what has inevitably come later.

In 1983, when I left my fieldwork in Yellowstone National Park, I drove across the country by myself with my little dog Sputnik—leaving the troublesome marriage behind in Montana. When I returned from the conference in the Netherlands, I found an attorney, filed motions for divorce, paid alimony, divided up our meager property and dealt with the emotional pain of separation and divorce. By the time I was 33, I’d moved on in every way.  Although I know a few people who are still married to their high school or college sweethearts, marrying too young is something I would have advised myself not to do so.

As I grew emotionally, I also continued to grow intellectually. At 30 something—believe it or not—I was shy, retiring, and hesitant to stand up for myself. Perhaps it was the lack of support from a partner; maybe it was my nascent personality. Finally, however, I started to take on more scientific projects, work with new people, and spread my wings. I could have been bolder! The feeling that you’re not good enough or not competitive can be deflating. But, this was the time—the right time—for me to start taking full charge of my life and doing what I—not my ex-husband, parents or mentors—thought was right for me.

Taking risks is good for anyone, if they’re the right kind of risks. [I’m not talking about risky behavior here.] Finally in my mid-30s, I opened up and started to be more decisive about life, my family, and my career. 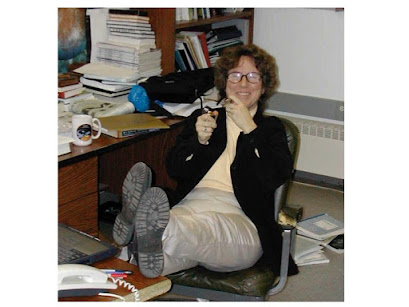 Carpe Diem—seize the day! Enjoy life as much as you can. Your health, over time, may come and go. Invest in exercise, good food, and dependable friends. Somewhere along the line, I managed to build “fun” into as much as I could in life. It’s served me well. When things are going well—enjoy—because we’ve learned recently they can change on a moment’s notice.