Isotopes are invisible--why have I bothered?


Most people work with things they can see. Doctors deal with patients, real humans. Even if they are trying to figure out a disease, they can look at blood and tissues, listen to organ systems working away. Most ecologists deal with plants, animals, or soils that they can hold or observe, count with their eyes, or manipulate. Even chemists can carry out reactions with liquids, solids, and gases and create products that can be seen, smelled, and weighed. Engineers create tangible things—cars, computers, and bridges. Non-scientists sell things, nurse people back to health, teach students, or manage money.
I’ve spent over 40 years working with something that I can’t see, hear, smell, or taste—studying the stable isotope, which can only be studied through a complicated series of chemical and physical steps that result in a very small electric charge being turned into a computer signal. The work is abstract. It’s picky. I have to be satisfied with looking at a computer screen or a spreadsheet to get my work’s reward.
Why in the world would anyone spend four decades in such a pursuit? Because those small differences in the types of isotopes—carbon, nitrogen, oxygen, hydrogen, and sulfur—can tell those who have studied them how animals and plants have survived over billions of years. We can understand chemical reactions that can’t be seen, but are vital for living organisms to function. We can tell the types of foods you’ve been eating. We can figure out where you were born and where you moved during your childhood years. 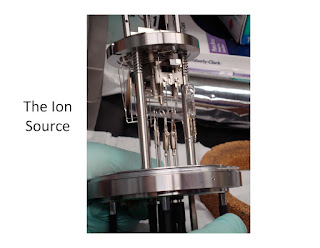 My expertise did not come suddenly, and it wasn’t learned from a book. When I was a graduate student, I knew nothing. We had to memorize how a mass spectrometer—the instrument we use for our measurements—worked, but had no real understanding. As a postdoc, I made many mistakes in the laboratory. Broke a lot of glass lines, blew up a few things. I learned from those mistakes, but truly, couldn’t work my way out of any complicated situation. What I did learn during this time was how to interpret the “magic numbers” that were calculated after all the chemistry and physics was done right. I figured out something about the biology of the organisms I was working on. The magic numbers were no longer “magic”—they were real.
As a new staff member building my own lab, I built up my experience by learning new things every year or so. Many scientists spend their whole lives researching one slim topic. I branched out quite early, which was key for developing a broad sense about invisible isotopes and what they mean. Today, I can trouble shoot an instrument from my desk in Mariposa, talking to students and postdocs via Skype. None of us see the isotopes, but we measure times, temperatures, flow rates, and peak sizes. They are learning the nuts and bolts of their chosen field. 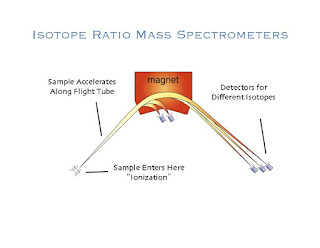 For a first pass, our standards need to provide the correct “magic number” or else something is wrong. One of the chemical steps might need adjustment. There might be a vacuum leak. An electrical wire might be loose. If the numbers do come out matching what others have measured, we then look to see if they are reproducible. The laws of chemistry and physics are the same in Riverside, California, as they are in Beijing, China. If we can make a measurement in August, we should be able to repeat it in December. To make accurate and precise and reproducible measurements of small, sub-microscopic particles demand that attention be paid to the smallest details. 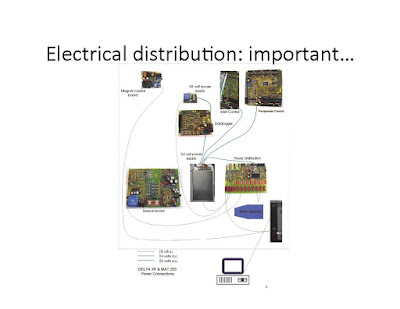 What sort of person takes up this type of science? Starting in the 1960s, only a handful—literally—was interested and involved in the field. When I started in the 1970s, you personally knew almost everyone in the field. You read just about every paper published with stable isotopes. Now, there are several thousand scientists interpreting these “magic numbers” figuring out how the Moon was formed, learning about processes on distant planets, and finding out if Tour d’France bike racers used illicit performance enhancing drugs.
We’re a fairly tight knit group in some ways. I correspond with about 100 different people a week on the small details of stable isotope analyses. We criticize each other’s work, usually supportively. Many of us meet once or twice yearly in person, where we present our findings for critical review.

The hazards in this field are numerous. We depend on explosive chemicals—fluorine gas, for example. We generate poisonous gases—carbon monoxide, for example. We use deadly chemicals—hot mercury and hot uranium. I’ve been burned, shocked, hit with flying glass shards. Some of my colleagues have suffered much worse. With only a very few exceptions, isotope scientists are careful people. We work well with details. 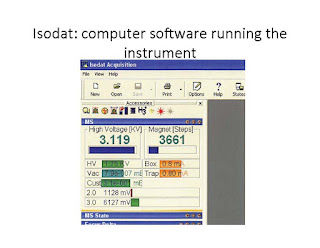 Now, when I see a landscape or learn about a new animal, I think, “How would stable isotopes help figure how these things work?” It might be surprising to anyone else that someone could spend such a long time devoted to things I can’t see, smell, taste or hear. But, to others, not surprising at all.
We’re isotope nerds.